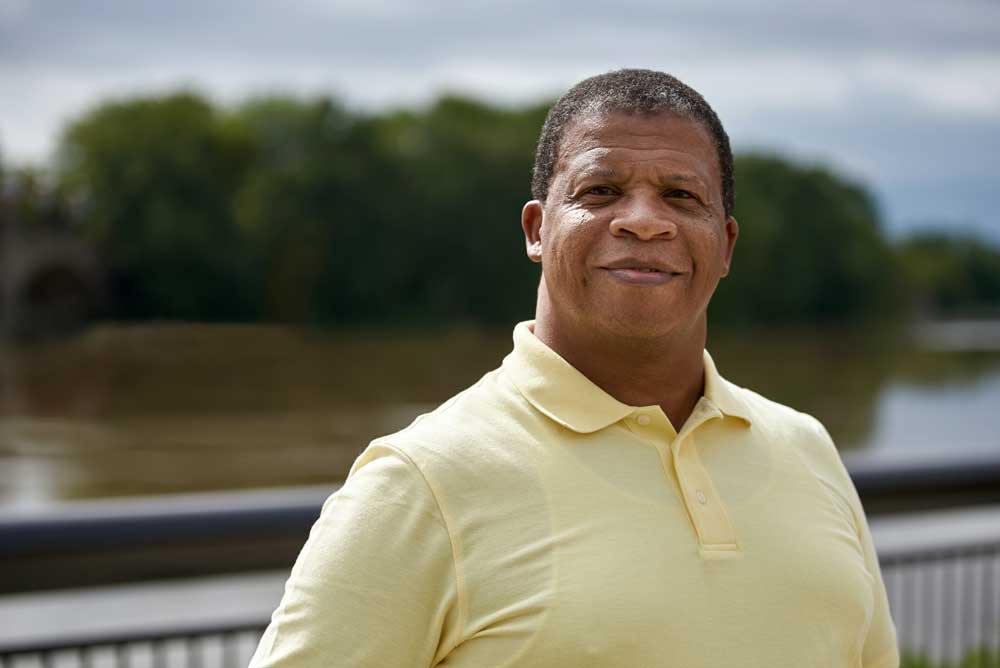 “When I was diagnosed with kidney disease, I didn’t know anything, didn’t know where to go or who to contact,” Curtis recalls. “Going through this has increased my interest and desire to help others experiencing the same thing.”

For Curtis Warfield, learning he had kidney disease came as quite a shock. He had been healthy, and there was no family history.

“It was a really scary time because you immediately think of dialysis and then you think you’re going to die,” says Warfield, who was diagnosed with stage three kidney disease in 2012. “Initially, I was taking 17 medications a day to try and slow it down.”

Within 18 months, Curtis was on dialysis and a couple of months later he was put on the transplant waiting list. His doctors said the average wait time for a kidney was 2 ½ to four years unless a living donor could be found. While his children were willing to be tested as potential donors, Curtis refused out of concern for them and instead decided to wait.

While able to undergo dialysis at home during the night, Curtis, a systems analyst for the State of Indiana, fought fatigue during the day and experienced intense cramping. When complications from the disease resulted in two emergency hospitalizations—one of which he describes as “a close call”—his daughter Alexandria insisted on being tested. Unfortunately, she wasn’t a suitable match.

A few weeks later, Curtis got a call from his nephrologist saying that a family friend—Alexandria’s roommate and sorority sister from DePauw University—was a match and had agreed to donate one of her kidneys to him.

“Neither my wife nor I knew she was considering this or even being tested,” Curtis explains. “It was just an incredible gift.”

It’s been more than two years since Curtis received his kidney transplant. He’s enjoying time with his wife, four children and 4-year-old grandson and looking forward to traveling more. In his free time, he volunteers with Indiana Donor Network and other organizations that advocate on behalf of organ and tissue donation. He also serves as a peer mentor and legislative advocate for the National Kidney Foundation.

“In sharing my story, I’ve found there are so many people who don’t have information about the disease or the possibility of transplant, especially those in the African-American community,” he says. “I’m just trying to bring more awareness to get people going in the right direction.”