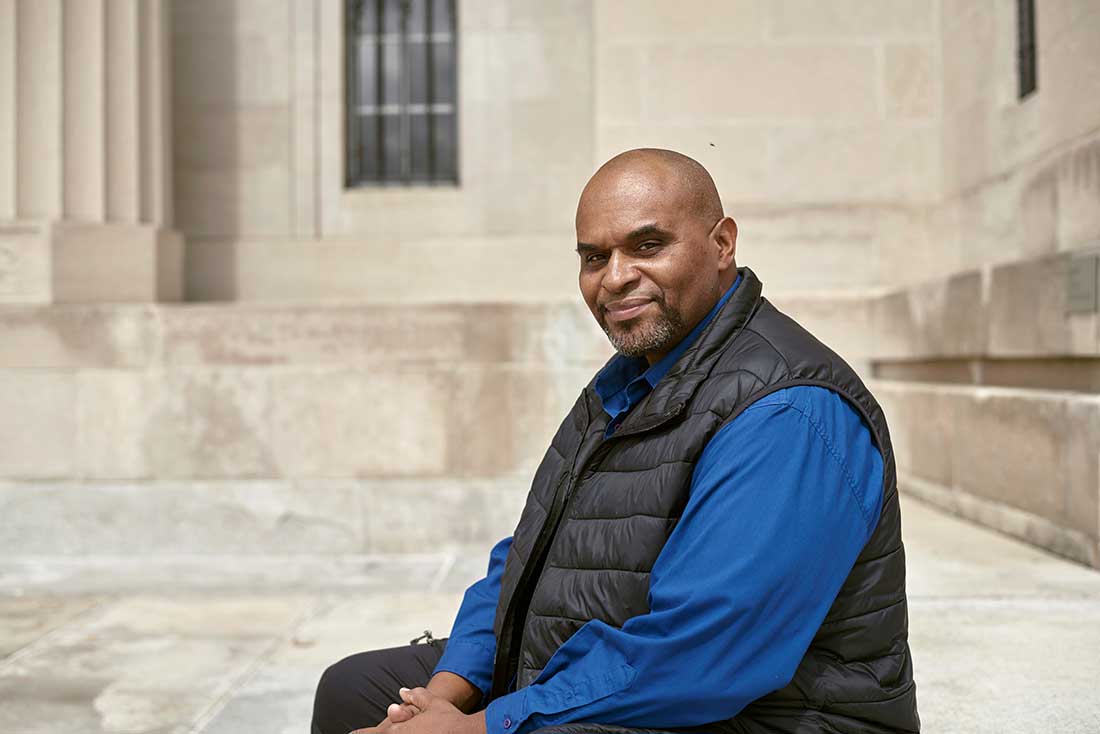 William and Kimberly Lewis began talking about organ donation in the late 1990s when both had relatives on the transplant waiting list.

“There are so many in the black community in need of organ donations, but not many of us agree to donate,” William says. “After discussing and praying about it, we decided ‘let’s just do this, and then if something happens, we’ll be able to help people.'”

That lifesaving help came for recipients in September 2014 when Kimberly died suddenly of a stroke. Now William, who is raising the couple’s six children, ranging in age from 5 to 16, celebrates Kimberly’s legacy by serving as both an Indiana Donor Network advocate and a member of the Donor Family Advisory Board.

“It’s a way of staying connected to my wife,” William says. “I know if the roles had been reversed she’d definitely be doing this and being there for me. It’s just a wonderful way of carrying on in her memory.”

Since Kimberly’s death, William and his children travel from their home in Nineveh, Indiana, to the Indiana Donor Network headquarters in Indianapolis a few times each year. He says the donor family events near the holidays are a meaningful way for them to do something as a family to remember her.

“My kids are grieving too, but to see their mom’s name on the donor memorial wall and to make ornaments in her memory at Christmas has really helped them,” William explains. “As hard as it’s been for them – and it’s been very difficult – I can see, particularly with my older ones, how much they can see something positive in what’s happened.”

Click here to learn more about becoming an advocate