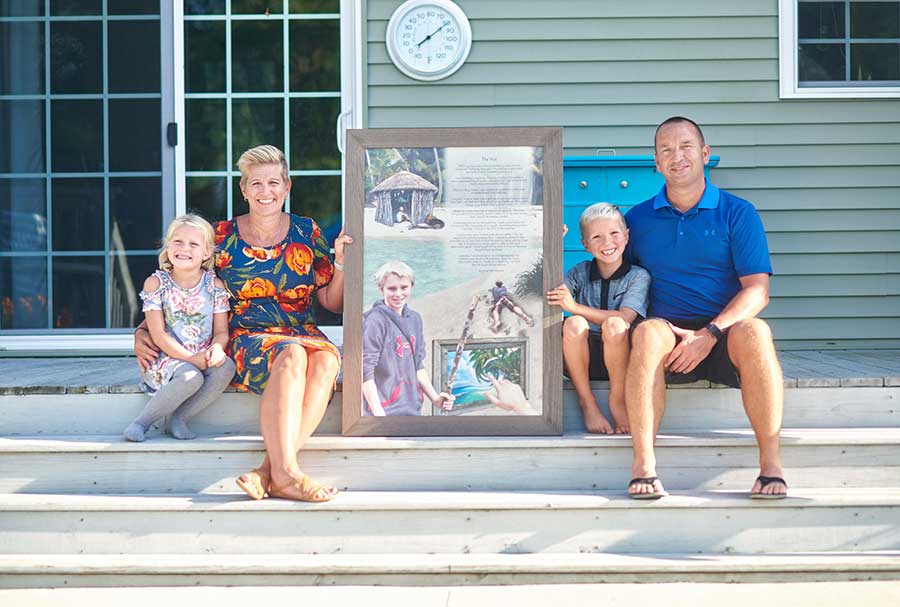 “I just got a feeling our son was saying to us, ‘What are you doing? Don’t let a tragedy breed a tragedy; let a tragedy create a miracle.’”

At first, Wil and Rhena Worthington didn’t want any part of it. But just minutes after refusing to discuss donating their 11-year-old son’s organs, they both—almost at the same time—had second thoughts.

“I was sitting at the end of Noah’s bed, and I just got a feeling that our son was saying to us, ‘What are you doing? Don’t let a tragedy breed a tragedy; let a tragedy create a miracle,’” Wil says. “I looked over at Rhena; she knew Noah wanted us to say yes too.”

Hours later, a 9-year-old girl in Muscle Shoals, Alabama, got her miracle when she received Noah’s heart. The Worthingtons were fortunate to meet Greer—Noah’s heart recipient—after her transplant in 2011, and the families have been close ever since. This year, the Worthingtons helped celebrate as Greer graduated from high school.

“We feel really close to her, and it’s helped us to know that Noah has helped Greer have the life that she has,” Rhena says.

Since the car accident that claimed Noah’s life, the Worthingtons have been dedicated to sharing their story in the hope of raising awareness of the lifesaving gift of organ donation.

“Because of our experience and not having considered organ donation, it hit us that many people just don’t know about it,” Wil says. “That’s when we decided to contact Indiana Donor Network to see how we could help.”

The couple, who live with their three children near Terre Haute, volunteer as Indiana Donor Network advocates. They speak to groups, participate in events and have served on the organization’s Donor Family Council since its inception three years ago. Their 21-year-old daughter Abby also participated on the council with peers who have lost siblings.

“We wanted to be a part of this so we can help people understand what a good thing organ donation is,” Rhena says.

In 2015, the Worthingtons published “The Hut,” a short story that was written by Noah just two weeks before he died. They sold 1,000 copies of the book to buyers in 29 states and five countries. The family donated the proceeds—over $9,000—to Indiana Donor Network.